The germ theory of disease, simply stated, is that microorganisms—fungi, bacteria, protists, and viruses—cause infections and diseases. French biologist, microbiologist and chemist Louis Pasteur (1822-1895) is credited with developing germ theory after his experiments proved the existence of microorganisms speculated by earlier scholars like Girolamo Fracastoro (1478-1553) and Agostino Bassi (1773-1856). 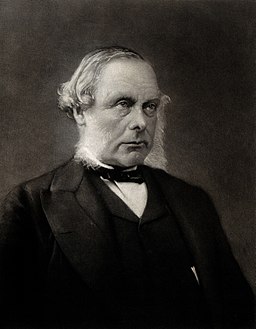 It was several decades after Pasteur’s discovery before germ theory was widely accepted. The first major use of resulting from the theory came after English surgeon Joseph Lister (1827-1897) read Pasteur’s work on microorganisms. In the 1860s, Lister began treating his surgical gauze with carbolic acid, leading to a 45% drop in the mortality rate of surgeries performed by his team. The success of the new sterile environments and tools for wound treatment earned Lister the title of “father of modern surgery.

Prior to the American Civil War, most medical care was done by women for their families in the home. With the outbreak of war, women extended their care to soldiers in hospitals. These women were praised for patriotism and their eagerness to help, though their acceptance into the role of nurse was a matter of necessity. The U.S. Army and Navy employed approximately 100 doctors in 1861, leaving them woefully unprepared for the sheer number of soldiers who would need care in the following years. Women’s prior training as home nurses, cleaners, and cooks meant that they quickly took to the duties of the hospital nurse. Following the end of the war, women took much of what they had learned about sterilization, disinfection, and wound care back to their households.

From the 1880s through the 1960s advertising of sterile first-aid products was typically aimed at making a mother second-guess her medical knowledge and preparedness. First aid manuals typically produced by insurance companies and by makers of first-aid products were used as marketing tools. In the second category, the manual would give instructions for care of wounds while strongly recommending a specific product be used (or else!) These types of advertisements tapped into the idea that new scientific treatments were better than reusable products or old-fashioned home remedies.