Although cat litter is a major industry today, just eighty years ago, it was not so. Before the invention of kitty litter in the late 1940s, cat owners filled pans or trays with sand, sawdust, dirt, or old newspapers. 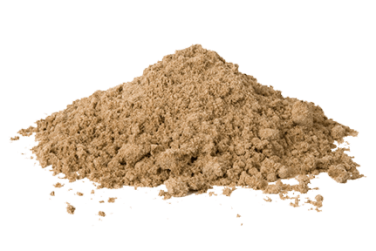 And unlike today’s wide assortment of cat trays—from simple to whimsical to self-cleaning—it seems that cat owners made do with whatever they could find, most likely with repurposed household items like roasting pans. Cat guides recommended that, in addition to the pan and its contents, owners provide extra newspaper outside the box because “a cat’s feet may be wet when he steps out of the tray.” Pans could be made of metal, or even granite, according to a 1922 guide to cat care, in order to stand up to harsh cleaning.

Although open discussions of cats’ urination and defecation are rare in cat care guides from the late nineteenth and early twentieth centuries, authors managed to talk around the issue by celebrating cats’ clean habits. A guide from the 1870s proclaimed that “no well-trained cat, unless under the most extreme circumstances, such as sudden illness, etc., will make any filth in the house where she resides…there is no animal in the world more cleanly in its habits than the domestic cat.” In fact, cats’ extraordinary cleanliness required their owners to step up. In 1921, Roy Henry Spaulding wrote that “ordinarily it is sufficient to clean the pan once a day, but there are cats who are so scrupulously clean that they will hesitate long before using the pan for a second time.” Early pet guides tended to lay the blame for kitty’s “mistakes” and “messes” on humans. In 1944, one Doris Bryant assured readers that “cats are truly remarkable in that they have very good habits, particularly in the use of sanitary trays, in spite of the lack of training which most cats receive.” She impressed on the cat-owning public that “Nothing in the care of a cat is so important as this first simple procedure in the matter of the sanitary tray” (italics original). Modern cat owners might agree.

Bryant, Doris. The Care and Handling of Cats: A Manual for Modern Cat Owners. New York: I. Washburn, 1944.

Huidekoper, M.D. and Rush Shippen. The Cat: A Guide to the Classification and Varieties of Cats and a Short Treatise Upon Their Care, Diseases, and Treatment. New York:  D. Appleton & Co.,1895.

Previous: Where Does Cat Litter Come From?