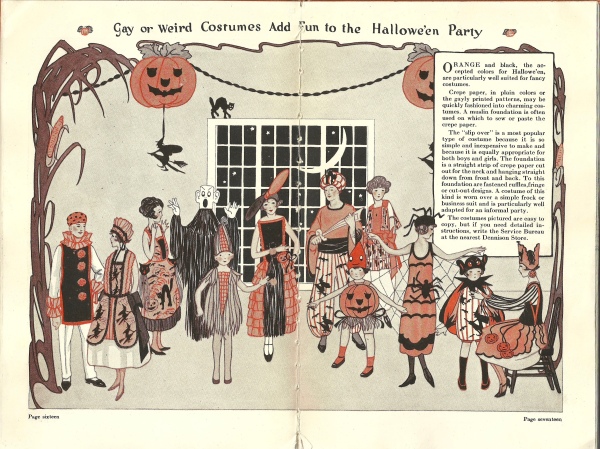 Dennison did not change the motifs of black cats, pumpkins, and spider webs throughout the 1920s, even as consumer interest in crepe paper began to fade. Dennison’s Bogie Book, 1927.

As the Roaring Twenties reached its peak, the realities of the decade began to catch up with Americans. Wages did not match the rate of inflation, and the constant barrage of advertising and marketing meant that credit lines were extended beyond what people could repay. The Stock Market Crash of October 1929 signaled an end to an era, and once thriving companies like Dennison needed to reckon with both changing cultural tastes and economic realities. 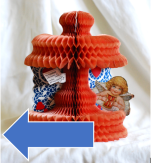 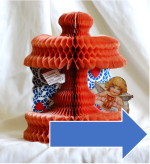