In 1981, a jolt of fear reverberated through the camera industry. Sony Corporation announced it had developed the MAVICA, the precursor to the modern digital camera. One Kodak executive remembered hearing the news and thinking, “Oh, my goodness, photography is dead.” His reaction was premature. Although the market for digital cameras expanded in the 1990s, the cameras were expensive, poor quality, and required equipment—computers, printers—that many people did not own. Meanwhile, film sales were increasing steadily. In 1995, 640 million rolls of film were sold in the United States. Four years later, domestic sales soared to 800 million rolls.

But the new millennium brought challenges. Digital cameras improved in quality and decreased in price. (The average low-end digital camera cost $412 in 2000 and $91 in 2006.) Their sales skyrocketed, increasing by 50 percent between 2000 and 2001, and 60 percent between 2001 and 2002. Moreover, beginning in 2003, most mobile phones were equipped with a built-in camera. In 2004, digital camera sales surpassed film camera sales for the first time. 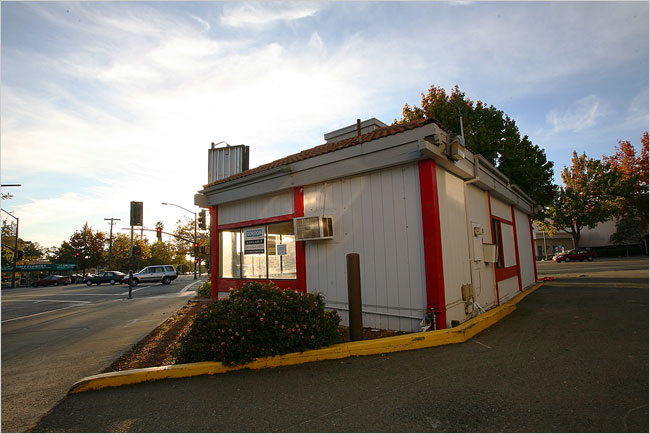 Camera companies saw the writing on the wall and recognized that film was not the future of photography. They looked toward the fast-selling disposables as the one bright spot in an otherwise poorly-performing market. While film and camera sales slumped, revenue from the sale of disposables continued to rise, albeit at a slower rate. Kodak, which had come to rely on revenue from disposables to compensate for other losses, had confidence enough in its Max to open a new manufacturing plant for disposable cameras in China in 2001.

By 2004, however, disposables succumbed to the trend. For the first time since its introduction in 1987, Kodak’s business from disposable cameras failed to grow, and the company recorded a 6.9 percent loss. The Quicksnap held on, but just barely at 1.9 percent growth. That year, Kodak gave up on its film camera business, determined to focus on digital products. In 2012 Kodak left that business as well. The following year, after filing for Chapter 11 bankruptcy, the company that had made photography accessible to the masses announced it would no longer sell directly to consumers.

A Throwback Makes a Comeback?

Since the turn to digital photography, people are not only taking more pictures, they are doing more with their pictures. In the late 90s, when film photography was at its peak, roughly 75 billion images were taken a year. In 2014 the number is predicted to reach 880 billion. With a new norm in photography having been established, consumers can reevaluate the seemingly timeworn experience of taking snapshots on film and getting them processed. The experience, it turns out, still has its appeal, especially when it comes to inexpensive disposables. In 2011, around 51 million rolls of film were sold in the United States, an estimated 31 million of which came in the form of a disposable camera. 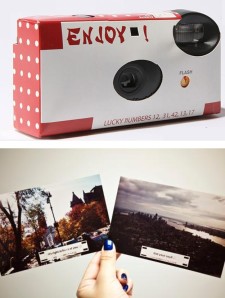 At first glance, the survival of disposables seems to be the result of trendy nostalgia. In addition to traditional retailers like CVS, disposable cameras can be found at hip stores like Ikea and Urban Outfitters, the latter of which sells novelty disposables like the wisdom-dispensing Fortune Camera. Recently Hipstamatic, a developer of applications for mobile phones, released a disposable camera application described as a “rather charming throwback to ye olde analog tymes.”

Yet it seems like what users enjoy most about twenty-first-century disposables are the elements they bring to the experience of taking photographs, elements not possible in digital photography. In an article that appeared in the newspaper of the University of Iowa in 2009, one student described the sensory qualities of disposables as the source of her appreciation for them. “Another satisfying crunch as the plastic wheels grind against each other. Another moment captured. […] I love the aesthetic of the grainy image and the texture of a fresh, glossy pharmacy print. More than anything, I love winding the film.” To another student, their appeal lies in their ability to subvert the rituals that have developed around digital photography:

Disposable cameras have an absolute air of naturalness to them. They are almost always candid. Even when you tell your subjects to get together and smile, the shutter speed (wait, there is no shutter on disposable cameras? Oh well) is so fast that the pictures come out fabulously non-posed. And, an even bigger plus is that with disposable cameras you don’t have that annoying person asking to see the picture after you take it.

Sorry ladies and gents, there is no playback mode with disposable cameras. In a world of instant gratification, I find this aspect of the disposable camera incredibly refreshing. What you take (literally) is what you get. Not to mention, the thrill one receives when picking up the printed pictures from the photo kiosk!

In their heyday, disposables had been recommended for people who wanted pictures first and cameras second; the camera was a means to an end. Now in the age of digital it seems the reverse is closer to the truth. After all, disposable cameras have always been noisy. There has always been that element of uncertainty (Did the subject blink? Or, will the action shot come out blurry?), and that element of anticipation prior to opening the envelope of printed photographs. These aspects of the disposable camera experience had been overlooked when film was at the height of its popularity, but changes in the technology and culture of photography have brought them to the forefront. As digital photography has displaced film, disposables are coming to be valued for new reasons. In that case, there might be hope for them yet as users seek to discover what has been lost with the switch to digital and to recapture it, cheaply and conveniently.